Last Monday was the opening night for ‘Interior Lives’, a juried exhibition of photographs held at the National Arts Club on Gramercy Park South, right here in the city. The building, listed and beautiful was filled to bursting with photographers and invitees, it was a great night. For those of you who couldn’t make it but would still like to, the exhibition runs until the end of the month (May 31st) and for those who would like to see my images I add them here, unframed. 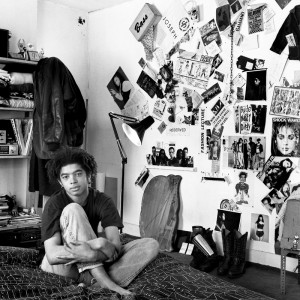 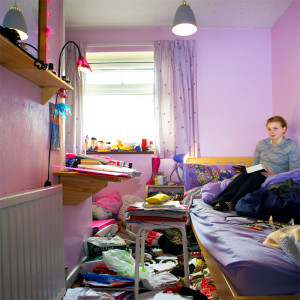 The two photographs present teen bedrooms in South East England taken 25 years apart.The photographs show not only a difference in the anthropological aspects of the environments the teens have established as their own but also Tanya’s photography tools. Mark (1988) was photographed on 120 black and White film and Amy (2013) in digital color. How much of the way these rooms look is down to teenage personality and how much to timely cultural influences? Do you prefer one over the other? Although the photographs seem to be of the same subject matter, I really feel that they are wildly different in all aspects, is it me or do you think so too?