DPRK; don’t mess with us or we’ll delete your photo.

Large, informative and very interesting shows and of great relevance today as the establishment tries to define what is acceptably manipulated in a photograph that tries to offer a truth of what it represents.

Of course photographs generally do not come out of the camera ready. As the photographer Edward Steichen said in 1903 “Every photograph is a fake from start to finish, a purely impersonal, un-manipulated photograph being practically impossible.”

Negatives would be printed, sandwiched, manipulated, and prints collaged, and digital raw files get a handful of ‘tweaks’ and are saved as a different file altogether. Sometimes the treatment is obvious, sometimes not. Let’s not forget that the photographer in composing the image chooses just a minute portion of a much greater scene thereby determining a highly selective point of view.

Generally I am a tweaking, but keeping it real, type of photographer, but also believe that if you want to be ‘arty’ within or even on a photograph, then why not? When I approached some of the photographs in the exhibition though it became a question not of what and how but of why. It was with some questioning that I came upon the images of Stalin where people who had been in a photograph with him, after falling out of favor, were removed from the image.

Being a fan of the author George Orwell and his book 1984 I recalled his words as I viewed history photographically rewritten by the Soviets. But hey this was a long time ago. Photography was fairly new and maybe they hadn’t thought through the fact that photographs are eminently reproducible and distributable and therefore an old and a new copy might surface together in the future, as they have done here in the Met. Maybe it only mattered in their present and they thought the archives would reflect what they kept. Perhaps also they thought they would remain in charge of the archives.

It seems odd to think that they thought they could get away with this alteration of already dispersed photographs. When I saw the photographs at the Met they were from such a long time ago, and a now defunct system, that they seemed really to be irrelevant to the issues we face today with alterations happening before we see images, rather than after they have entered the public space.

You can imagine my surprise then when I was confronted with the same issue in recent news reports. With the sudden execution of North Korean Chang Song-thaek, the Uncle of the country’s leader Kim Jong-un, the regime has begun to rewrite history just like the Soviets did by erasing the image of the executed uncle from photographs.

Today is 2013 though, now we have the internet and all the world can see that the original images have been tampered with and the narrative adjusted. We are visually familiar with the Uncle from his years accompanying Kim Jong-il so we can’t be persuaded that he was not a part of the North Korean leadership. I don’t understand why these images have been doctored, they do not erase the fact of the man.

We can of course not be quite sure that it isn’t some sort of conspiracy – by the West or North Korea or even just an individual because everything we hear reported from North Korea just sounds so odd that it can be hard to understand whether what we hear is truth or propaganda.

There are many ways of removing people from photographs and the images we are shown in the Guardian newspaper show us a few of these. The easiest way is to crop the image and I think this is a perfectly valid way of getting rid of someone without lying!

Have you fell out with someone and torn a photo of you and them in half. You tossed the half with the other person and kept the image of yourself. All you have done is re-crop the image. You still inhabit the space you did however, through losing the material, you make the visible space smaller and therefore have a smaller angle of view. In fact there is even a frame for a newly torn image available by mail order… 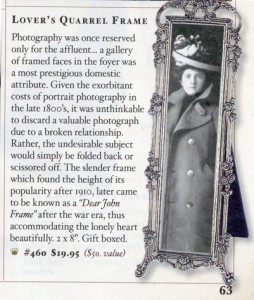 This close cropping has been done with some of the North Korean photographs. Others have been replaced with images from the same event where the photographer has chosen a different angle so the offending Uncle is not in the image anymore. Some of the drama the Guardian newspaper is trying to create is really quashed as I find these valid ways of showing the truth, all be it in a more narrow way. Just moving your camera one way or another doesn’t alter the truth it just pertains to a different portion of it.

What I don’t understand, and what gives the article its credibility in reporting that something strange is happening, is in the photographs where it is obvious that the image has not been cropped at the edges, nor the scene taken from a different viewpoint, but where the uncle has been erased from the middle of the image.

As I am writing this, I check the Guardian I have found a further article on the archives being deleted.

Going to the BBC site, you can see, shown in the photograph they present, a centrally posted newspaper, ostensibly in North Korea. Maybe it is still possible to control what people see. If this is how the state run newspapers are read by the people, the information accessible to the people is obviously very tightly controlled. http://www.bbc.co.uk/news/world-asia-25399143

But still, of course, the people know the Uncle has been executed. They can’t be told that the Uncle didn’t exist so the purging of the images in what looks like a fit of pique is something much more sinister, it’s a warning to the people about the total control the state has over its individual members even close knit, high ranking relatives. In life, death and even in the archives. That is scary stuff.

The Metropolitan Museum of Art – Faking it

The Metropolitan Museum of Art – After Phtooshop