“Small Wonders’ at the Atlantic Gallery, is on until Saturday 20th but if you can’t make it here’s my small part of it, framed and on the wall. (From the El Barrio series). 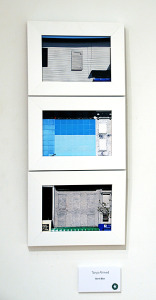 In case you are wondering each photograph is 4″ H x 6″ W – individually framed in white wood, with a flat surface. These are attached together, in the back, to make one piece that is 18″ H x 8″ W.

I’ll be there at 5, stop by if you’re in the neighborhood. 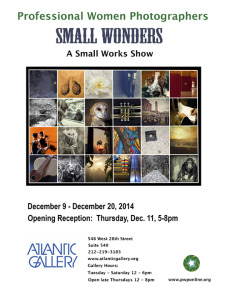 I couldn’t resist these orange chairs and the metallic wall behind them! 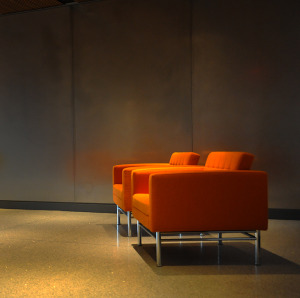 Opening next week -December 9th – 20th – this exhibition’s theme is size, the largest image will be 7 inches. It’ll make a chance from the current trend of giant photographs! Stop by on the opening night if you’re in NYC… 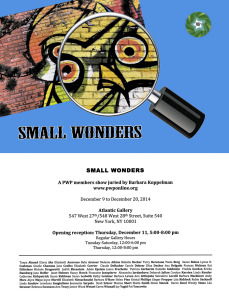 Halal cart outside the Met Museum, in the cold! 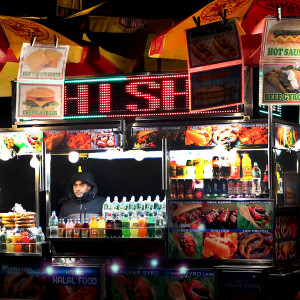 Saw this as I sat on a bus at too-early-oclock! 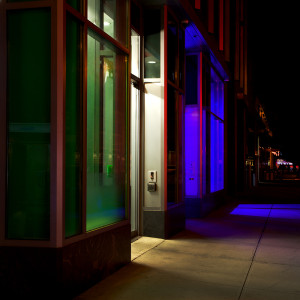 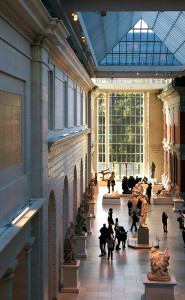 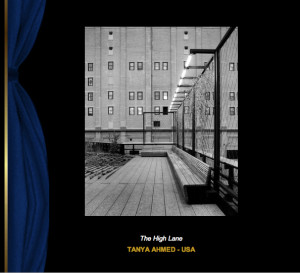 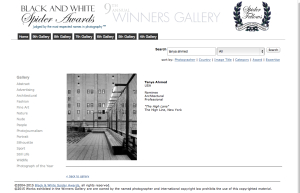 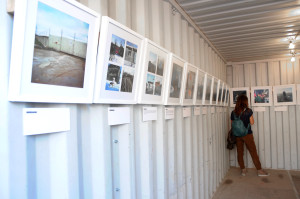 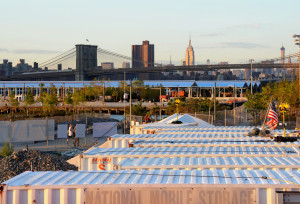 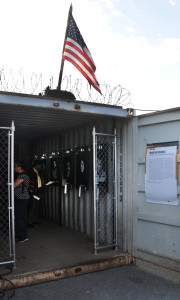 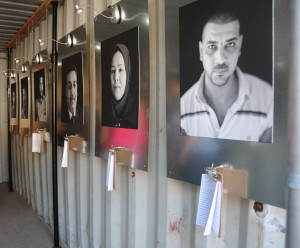 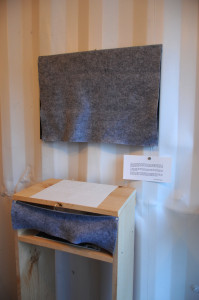 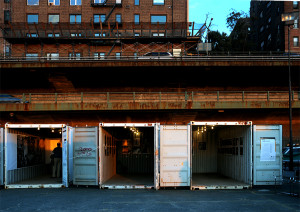